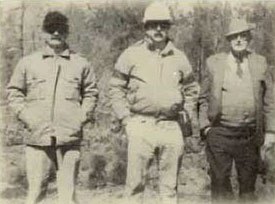 Committed to providing excellent service and quality of life to retirees, the Rauls family stands alone as a family owned and operated leader in retirement living. Currently five communities strong and eager to grow, our commitment to “Retirement Living at its Finest” is the reason we have been so successful over the past sixty years.

It all began with a Methodist Minister, Tyler J. Rauls, Sr. in 1958, and his unyielding commitment to caring for retirees. He built the first new nursing facility in Macon, Georgia and his vision was passed on to the second generation, sons T.J. and Frank Rauls.

In 1986 T.J. and Frank founded John-Wesley Villas, Inc. in Macon, Georgia, jump-starting the concept of Assisted Living. Along with T.J. and Frank, T.J.’s wife Amy Rauls proved to be another visionary committed to service and excellence for retirees. Only a few years after the Macon community opened, the company expanded its horizons, offering both Assisted and Independent Living with John-Wesley Villas of Savannah in 1989. Aspiring to spread their reach of caring for seniors, the family purchased Winnwood Retirement Community, Inc. in historic Marietta, Georgia in 1995.

Joining the family business, the third generation began its dedication to service and commitment for all retirees with Frank’s children; John and Ashley Rauls, and TJ’s sons; Wesley and Andy Rauls. The vision of earlier generations has been instilled in the new generation; they have educated themselves in Gerontology, Business, and other advanced degrees in hopes of offering the best service and quality of life to retirees.

Veranda of Pensacola, Inc. was purchased in beautiful Pensacola Florida in April of 2009 followed by Preston Pointe, LLC in quaint Morrisville, North Carolina in 2013 and has proven yet again, the success of the family owned and operated business. A company founded on family values, respect for seniors, and the best in quality of life for retirees is precisely how we are able to continue to grow as a company. 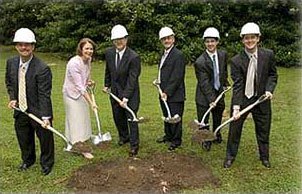 With focus on the future, the Rauls family not only expanded its retirement communities but also made the decision to modify its operating model from a family only managed company to the addition of outside managers in order to compliment the family’s efforts. The assimilation of new people is working well as is the transition in recent years from the gradual shift of responsibilities between one generation and the next. The senior family members are able to relinquish many of their former responsibilities to the younger generation with much success. The Rauls family looks forward to the future and what it holds for us. You won’t find another company that offers family values sharing in the same common goal. Our residents are our family, that’s what makes our company the success that it is.